Check Out Our Black Friday Deal: 30% OFF! 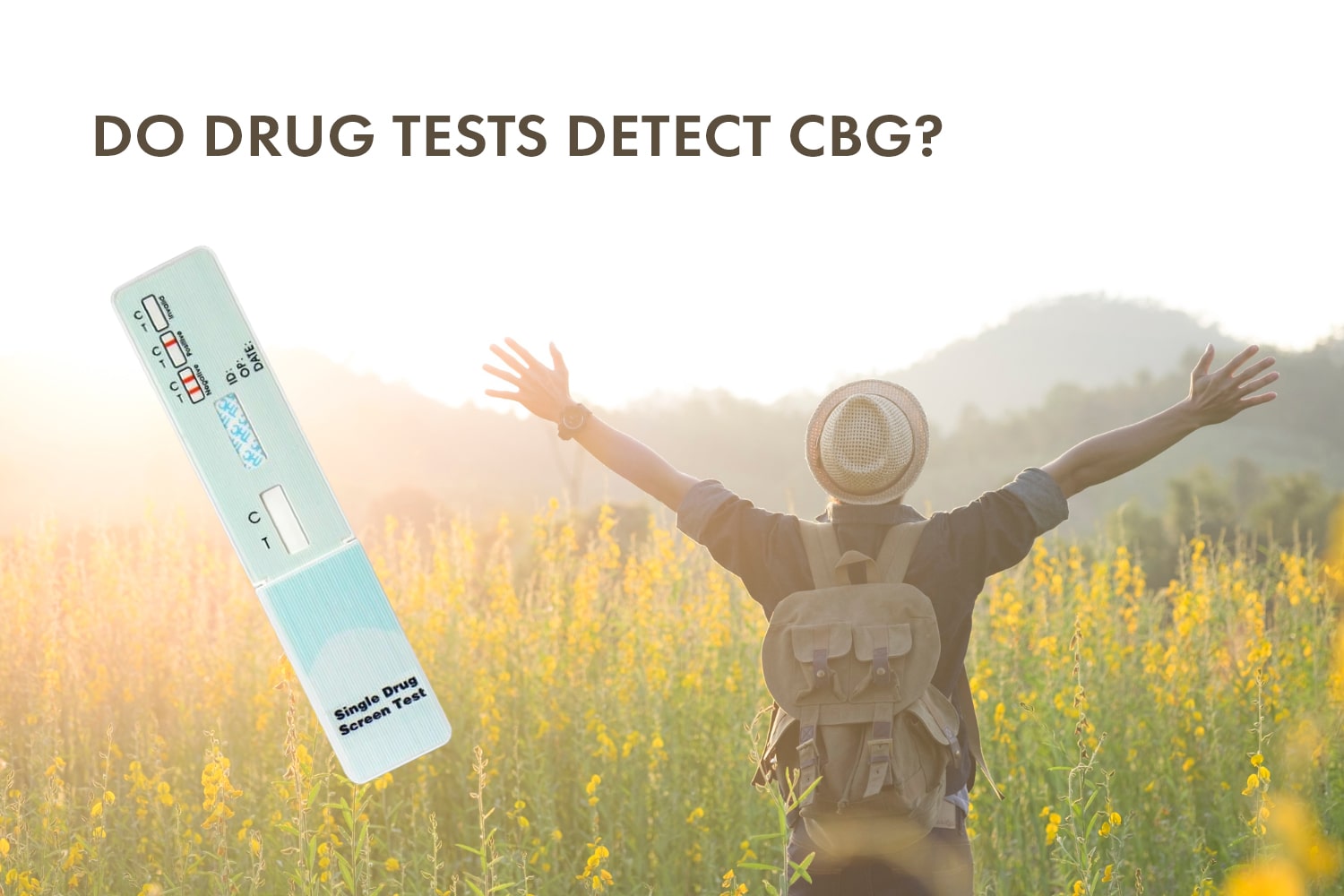 It’s a nightmare scenario you don’t even want to think about. You imagine yourself taking a routine random drug test for work.

Knowing first-hand that you don’t use any illegal (or semi-legal) drugs, you expect it to go without a hitch. But then, you and your employer are shocked when you test positive for marijuana.

Who’s really going to buy it when you insist you haven’t used drugs, but you just use a non-psychoactive supplement that originates from cannabis?

Could this actually happen? Could CBG get you in trouble on a drug test, and should you be worried about taking it? Keep reading to find out.

CBG vs. CBD: What’s the difference?

Since the federal laws regarding hemp changed a few years ago and opened more doors, CBD has become more prevalent in the market and public knowledge.

It’s common knowledge that CBD is a non-psychoactive compound from cannabis that people use as a calming, anti-inflammatory, and immune health supplement.

Far fewer people have heard of CBG (cannabigerol), and even fewer are aware of what it is and what it does.

There is some overlap between the uses and medical benefits of CBG and CBD, but the two cannabinoids have significant differences.

For instance, although CBD use is much more common and better understood, both CBD and CBG have anti-inflammatory, neuroprotective, and calming qualities.

Cannabinoids are the natural chemical compounds in cannabis plants. There are more than 120 cannabinoids, all of which originate from CBG, and some of which have psychoactive effects, while others don’t.

For example, another useful cannabinoid is CBN, which is psychoactive, but only mildly. For reference, it’s only about 10-25% as strong as THC.

So after cannabis plants grow and the cannabigerol develops into all those other cannabinoids, there is very little CBG left.

Most plants contain 20-25% of CBD and 25-30% of THC but only contain 1% CBG once they mature. So, to cultivate ample CBG from cannabis plants, it’s better to use more CBD-dominant plants or genetically alter plants to retain more CBG.

Effects of CBG vs. CBD

Now that you know how CBD comes from CBG let’s further clarify how these two cannabinoids compare and how they differ.

The most important similarity between CBD and CBG is that they are not psychoactive– neither one causes a ‘high.’

Additionally, both cannabinoids are analgesic and anti-inflammatory, making them helpful for pain relief. CBD and CBG can improve sleep and energy and have calming/anti-anxiety effects.

CBD partially interacts with the CB1 receptor and is a CB2 agonist. But CBG is a partial agonist of both cannabinoid receptors- CB1 and CB2, making it a more effective GABA uptake inhibitor. GABA is a neurotransmitter related to sleep, feelings of stress vs. calm, and neurological and mental health disorders.

These two cannabinoids have distinct molecular structures, meaning their carbon, hydrogen, and oxygen atoms have different arrangements. Also, CBD is good at treating nausea, but CBG does not and can actually counteract this effect when someone takes both at the same time.

CBD and CBG may have different effects on appetite as well. There are multiple studies with somewhat conflicting findings, but it seems like CBD may reduce appetite while CBG increases appetite and food intake in mice.

Will CBG Cause a Failed Drug Test?

No, CBG will almost certainly not cause you to fail a drug test.

Like CBD, CBG is non-psychoactive, and pure CBG products do not contain THC, the intoxicating cannabinoid.

There are various modes of drug screening such as hair tests, blood tests, urine tests, and saliva/mouth swab tests, with different sensitivities, but products with the maximum levels of CBG contain 0-​​0.0003% THC, which is not enough to show up. The tests usually do not test for products containing less than 0.3% THC.

Nonetheless, some analyses have revealed that 25% of CBD food products in Germany had THC levels beyond the threshold for intoxicating side effects, which poses a problem.

Additionally, false cannabis positives can occur in saliva/mouth swab drug tests of those exposed to second-hand cannabis smoke or in urine drug tests for those who also take the following drugs:

What do drug tests look for?

Drug tests screen for the THC in marijuana and other intoxicating and controlled substances such as alcohol, amphetamines, benzodiazepines, cocaine, and opiates. There are currently no known bans on CBG since it does not cause a ‘high.’

So, if you take cannabigerol products as a supplement, you don’t need to worry about CBG or CBD getting you in trouble.

However, it’s important to note that some CBG and CBD products including full-spectrum and broad-spectrum, do contain small amounts of THC, in which case it’s the THC you need to look out for.

Let’s review the distinction between full-spectrum, broad-spectrum, and isolate CBG. Some of these may contain THC, which could show up on a drug test, so it’s important to know the difference and to know which type of product you’re using.

Full-spectrum CBG products can be the most effective because they are the least processed and contain all the naturally-occurring compounds of hemp plants. That includes low levels of potentially troublesome THC.

So to be safe, it’s best to limit your full-spectrum CBG dosage to 300 milligrams or less.

Broad-spectrum CBG products consist of a manufactured full-spectrum. This means producers have individually isolated all of the hemp plants’ components and then recombined them in specific proportions.

Therefore, broad-spectrum CBG products allow you to completely THC, but some of these products still could have THC in them.

This is the safest bet if you want to completely rule out having THC come up on a drug test. Isolate CBG products only contain cannabigerol, nothing else.

Identifying the products you’re shopping for as either full-spectrum, broad-spectrum, or isolate CBG is a good idea. You should also make sure you’re getting your CBG and other cannabinoid products from somewhere you can trust.

The most trustworthy sources of cannabinoid products use accurate labeling and subject every single batch of raw and finished products to rigorous third-party lab tests.

Yes, CBG is currently legal throughout the United States. Up until a few years ago, even industrial hemp products with negligible THC were federally illegal. But the 2018 farm bill recently legalized hemp and hemp derivatives with under 0.3% THC.

Higher levels of THC are still illegal federally and in some states, and even CBD is under increasing FDA regulation. On the other hand, there are not yet any laws or rules regarding CBG.

FAQs About CBG and Drug Tests

Will CBG show up on a drug test?

No, CBG will not show up on a drug test. However, THC does show up on drug tests, and small amounts of it can be present in certain CBG products, particularly full-spectrum CBG.

Will smoking CBG make me fail a test?

How long does it take for CBG to get out of your system?

How long CBG stays in your system depends on the following factors: your metabolism, how much CBG you take, and how often you take it. Generally, CBG will clear out of your system within 24-48 hours. But if you take larger doses or take CBG more frequently, the process may take longer.

The short answer is no, you don’t need to worry about CBG burning you on a drug test. CBG and CBD do not come with any of the psychoactive effects or ‘high’ of THC.

The purpose of drug tests is to uncover whether someone is using intoxicating and/or controlled substances like marijuana (with THC), alcohol, amphetamines, benzodiazepines, cocaine, and opiates.

But you should be aware that not all CBG products are completely free from THC. Small amounts can exist, especially in full-spectrum CBG products that retain all the natural hemp compounds.

So, if you’re worried about CBG causing a positive drug test, you should opt for THC-free broad-spectrum CBG or isolate CBG.

CBG is a completely legal, non-intoxicating substance that offers a plethora of therapeutic benefits, some of which are similar to CBD.

CBG has so many upsides in helping people manage anxiety, depression, sleep issues, IBD, and pain. It can even enhance cognition, fight cancer, and protect the nervous systems of patients with autoimmune and neurodegenerative diseases.

There are many reasons why people swear by the medical benefits of CBG. Comparatively, there are so few reasons not to try it if you think it could help improve your life.

CBG’s side effects are minor compared to many pharmaceutical drugs, the early research looks promising, and it’s 100% legal and non-intoxicating. Plus, you can breathe easy knowing that drug tests do not screen for CBG.

If you’re ready to give this wonder cannabinoid a try, here’s where to shop CBG products that are high-quality and undergo third-party lab testing.

RETURN TO THE BLOG 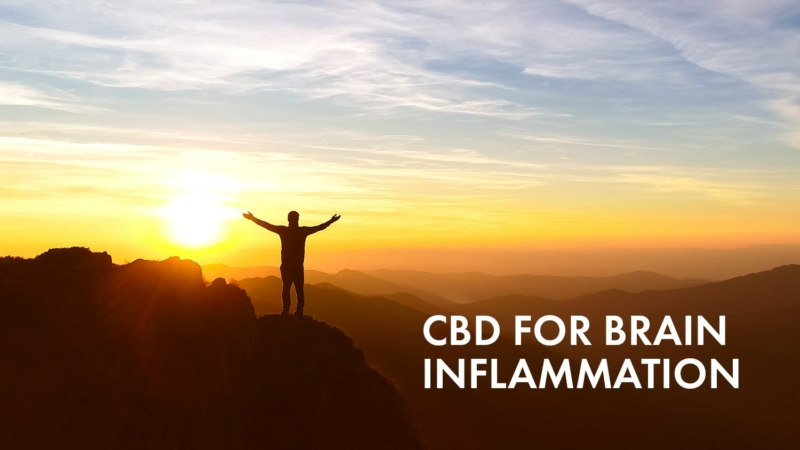 CBD For Brain Inflammation: What You Should Know 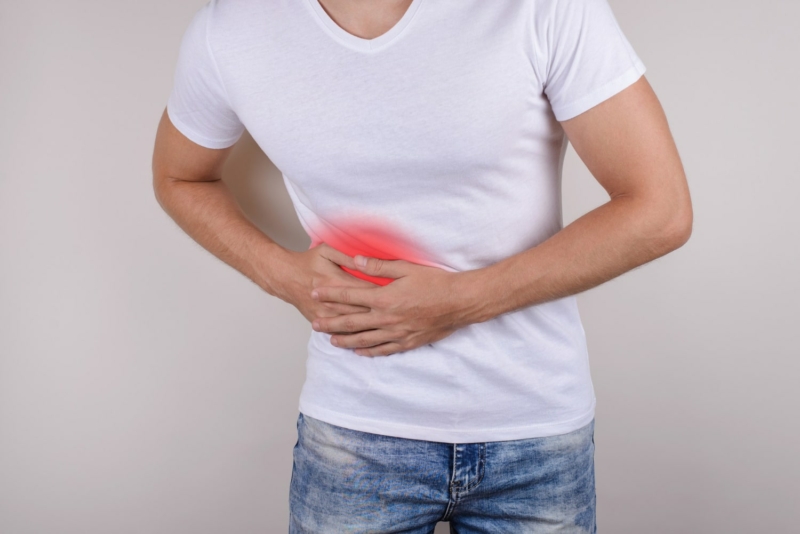 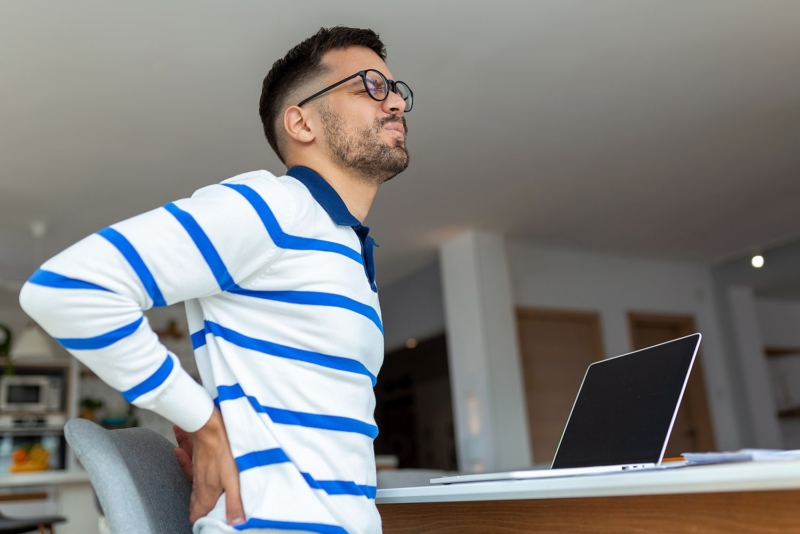 CBD for Prostate Inflammation: Is it Effective? 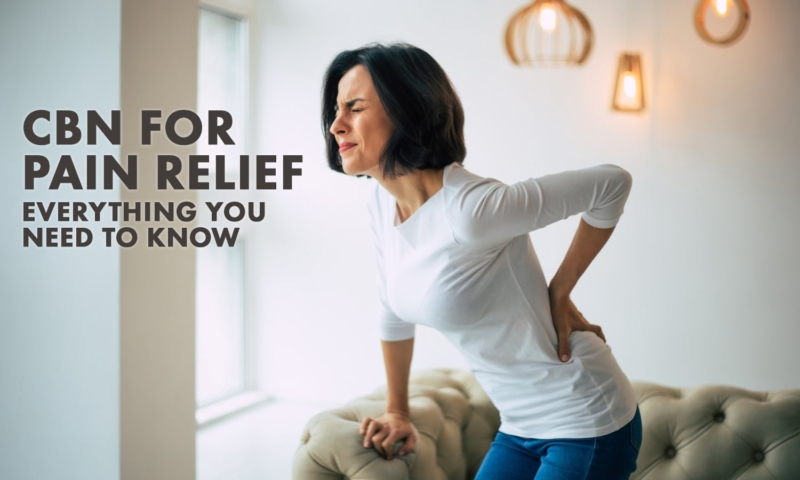 CBN for Pain Relief: Everything You Need to Know 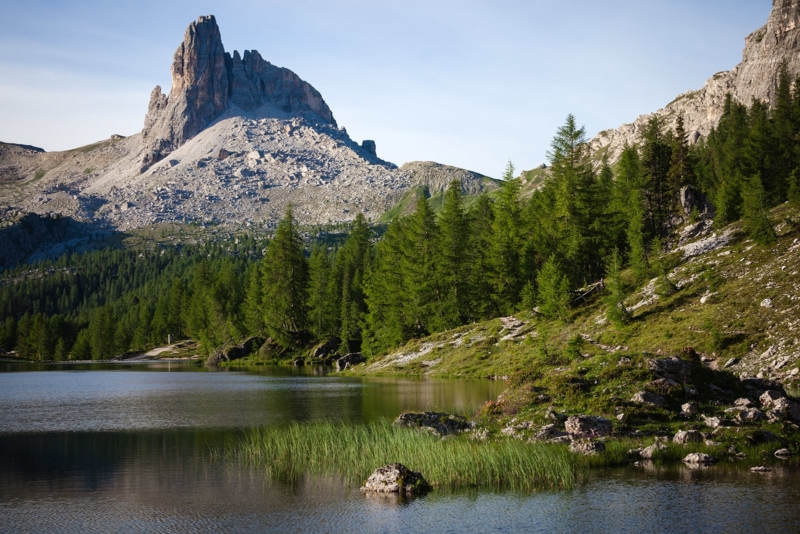 What is Hemp-based CBD?